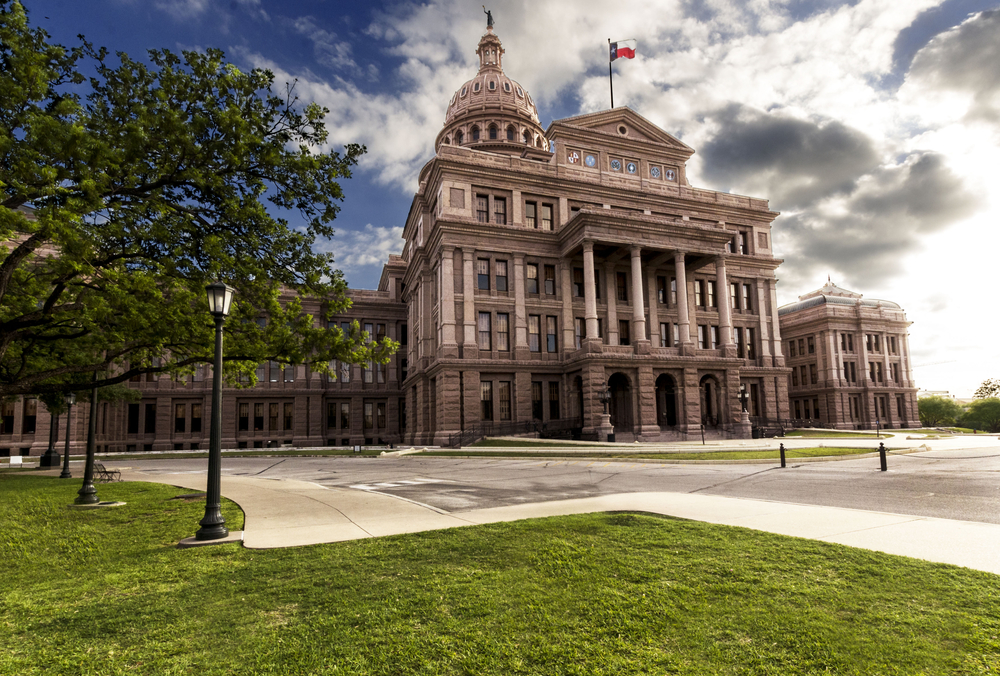 Today, I attended a press conference held by the Texas Police Chiefs Association (TPCA) at the Texas State Capitol. They discussed “the myths vs. the facts as they pertain to marijuana sales, production, distribution, possession, usage along with its long-term effects as well as impact on quality of life for all citizens.” While there, I was able to livestream the press conference and ask the Chiefs three questions regarding medical marijuana. (Watch here.) After the press conference, I was able to talk with Chief Dye for about 15 minutes on policy and real-world implications. I appreciate him taking the time to talk about this and hope he will be open to more conversations in the future.

These are the people advocating for the status quo in our state.

Please support our efforts at the Capitol!

It was disappointing to see Law Enforcement advocating for policy that continues to saddle Texans with criminal records and all those collateral consequences as well as putting fear ahead of regulated patient access to medical marijuana. It is past time for us to update our statues to be inline with both the Republican and Democratic platforms.

Support Medical Marijuana in the Senate and in the House.

Support Penalty Reduction in the House and in the Senate.

Here are a few quotes from today’s press conference:

“Currently small amounts of marijuana are rarely criminalized as police officers are regularly employing proper discretion and procedural justice in not overcriminalizing someone for possession of a personal use amount. Our research has found that marijuana in legalized states can increase crime, negatively impact public health, place additional strain on social services, fail to eradicate criminal enterprises, and that expenditures often outpace revenue collection. The blueprint for proponents of marijuana legalization is clear and has been effectively used in other states that have now legalized this drug. Phase 1: Achieve passage for limited medical use. Phase 2: Push for decriminalization of small amounts of marijuana and expanded medical use. These first two phases are meant to desensitize the public for phase 3 when full legalization is sought. This is a calculated and systematic approach by a minority of our population that use marijuana and/or stand to gain monetarily from marijuana production.

As police professionals, our opposition on marijuana is not concern over enforcement as most every agency has not been arresting young adults or casual users for a joint of marijuana for years, but an urgent call for attention to the harm that marijuana has caused in our society and its impact on everyone’s quality of life.

One ounce of marijuana equates to 100 rolled joints while four ounces fills a large purse, which both far exceed anyone’s definition of a personal or small use amount. Furthermore, many arrests for marijuana in our communities also involve large amounts of packaged marijuana for sale and/or deadly weapons and/or other drugs such as meth, cocaine, and heroin.

To that end, the Texas Police Chiefs are recommending the following to our lawmakers. Do not expand the use of medical marijuana unless validated, peer reviewed medical research shows a proven medical benefit and that it can be prescribed by a medical profession for a condition that cannot be treated with an existing legal medication. Prohibit the practices at the county level that supersede state law by unilaterally refusing to prosecute less than four ounces of marijuana. Police officer discretion is currently effective for providing procedural justice in terms of each circumstance being evaluated on its unique merits. Create a Class C misdemeanor charge for small amounts of marijuana IE less than one ounce to facilitate the proper level of non-criminalized accountability and treatment opportunity for personal use amounts. And finally, resist the billion dollar pro-marijuana industry’s agenda progressively desensitizing the public to this now very addictive and damaging drug and commit to a continued and thorough review of the data from legalized states to ensure that Texas makes the right decision for all Texans’ quality of life.”

It is clear that we still have much work to do during this session to get this legislation to the finish line.

Please support our efforts at the Capitol!

Please stay tuned for more updates and actions as we progress through this session. Together we will be able to change these laws and help the people of Texas!