We are the Austin chapter of The National Organization for the Reform of Marijuana Laws. 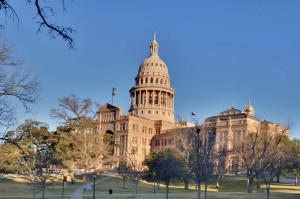 Texas NORML is a trans-partisan, educational 501c4 nonprofit that focuses on cannabis law reform. Texas NORML’s mission is to change marijuana laws so that it reflects the majority opinion of Texans which is that the responsible use of cannabis by adults and patients should no longer be subject to penalty.  Our focus is to increase public awareness of current laws regarding cannabis, as well as the legislative system and legislation regarding cannabis consumers in Texas.

We hold open meetings at 8:00 PM every first Wednesday at The Flamingo Cantina, 515 E 6th St in Austin, Texas.

If you are interested in joining any of these alliances, please contact the appropriate alliance liaison through our Get Involved page. 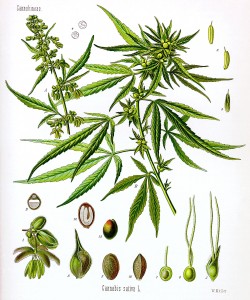 Marijuana is the third most popular recreational drug in America (behind only alcohol and tobacco), and has been used by nearly 100 million Americans. According to government surveys, some 25 million Americans have smoked marijuana in the past year, and more than 14 million do so regularly despite harsh laws against its use. Our public policies should reflect this reality, not deny it.

Marijuana is far less dangerous than alcohol or tobacco. Around 50,000 people die each year from alcohol poisoning. Similarly, more than 400,000 deaths each year are attributed to tobacco smoking. By comparison, marijuana is nontoxic and cannot cause death by overdose. According to the prestigious European medical journal, The Lancet, “The smoking of cannabis, even long-term, is not harmful to health. … It would be reasonable to judge cannabis as less of a threat … than alcohol or tobacco.”

NORML supports the removal of all penalties for the private possession and responsible use of marijuana by adults, including cultivation for personal use, and casual nonprofit transfers of small amounts. This policy, known as decriminalization, removes the consumer — the marijuana smoker — from the criminal justice system.

More than 30 percent of the U.S. population lives under some form of marijuana decriminalization, and according to government and academic studies, these laws have not contributed to an increase in marijuana consumption nor negatively impacted adolescent attitudes toward drug use.

See Personal Use for more information.

Enforcing marijuana prohibition costs taxpayers an estimated $10 billion annually and results in the arrest of more than 872,000 individuals` per year — far more than the total number of arrestees for all violent crimes combined, including murder, rape, robbery and aggravated assault.

Of those charged with marijuana violations, approximately 89 percent, 738,915 Americans were charged with possession only. The remaining 90,710 individuals were charged with “sale/manufacture,” a category that includes all cultivation offenses, even those where the marijuana was being grown for personal or medical use. In past years, roughly 30 percent of those arrested were age 19 or younger.

NORML supports the eventual development of a legally controlled market for marijuana, where consumers could buy marijuana for personal use from a safe legal source. This policy, generally known as legalization, exists on various levels in a handful of European countries like The Netherlands and Switzerland, both of which enjoy lower rates of adolescent marijuana use than the U.S. Such a system would reduce many of the problems presently associated with the prohibition of marijuana, including the crime, corruption and violence associated with a “black market.”

Marijuana, or cannabis, as it is more appropriately called, has been part of humanity’s medicine chest for almost as long as history has been recorded. Of all the negative consequences of marijuana prohibition, none is as tragic as the denial of medicinal cannabis to the tens of thousands of patients who could benefit from its therapeutic use. Modern research suggests that cannabis is a valuable aid in the treatment of a wide range of clinical applications.[4] These include pain relief — particularly of neuropathic pain (pain from nerve damage) — nausea, spasticity, glaucoma, and movement disorders.[5] Marijuana is also a powerful appetite stimulant, specifically for patients suffering from HIV, the AIDS wasting syndrome, or dementia.[6] Emerging research suggests that marijuana’s medicinal properties may protect the body against some types of malignant tumors[7] and are neuroprotective. Currently, more than 60 U.S. and international health organizations support granting patients immediate legal access to medicinal marijuana under a physician’s supervision.

Driven by the Drug War, the U.S. prison population is six to ten times as high as most Western European nations. The United States is a close second only to Russia in its rate of incarceration per 100,000 people. In 2005, more than 786,000 people were arrested in this country for marijuana-related offenses alone. Marijuana prohibition causes more problems than it solves, and ruins thousands more lives than it supposedly tries to save. The NORML Legal Committee provides legal support and assistance to victims of the current marijuana laws. NORML also monitors developments in state and federal law, and files appellate and amicus curiae (“friend of the court”) briefs in cases which may affect the interpretation of existing marijuana laws, or which will, hopefully, change them.

Hemp is a distinct variety of the plant species cannabis sativa L. that contains minimal (less than 1%) amounts of tetrahydrocannabinol (THC), the primary psychoactive ingredient in marijuana. It is a tall, slender, fibrous plant similar to flax or kenaf. Various parts of the plant can be utilized in the making of textiles, paper, paints, clothing, plastics, cosmetics, foodstuffs, insulation, animal feed and other products. Hemp produces a much higher yield per acre than do common substitutes such as cotton and requires few pesticides. In addition, hemp has an average growing cycle of only 100 days and leaves the soil virtually weed-free for the next planting. The hemp plant is currently harvested for commercial purposes in over 30 nations, including Canada, Japan and the European Union. Although it grows wild across much of America and presents no public health or safety threat, hemp is nevertheless routinely uprooted and destroyed by law enforcement. Each year, approximately 98% of all the marijuana eliminated by the DEA’s “Domestic Cannabis Eradication/Suppression Program” is actually hemp. Get involved with Texas NORML! If you’d like to subscribe to our mail list and be informed about updates in your area please complete our activist info form available here. You can view upcoming events on the Events Page or contact us via the Get Involved page. Thank you for your interest and support!
DONATE