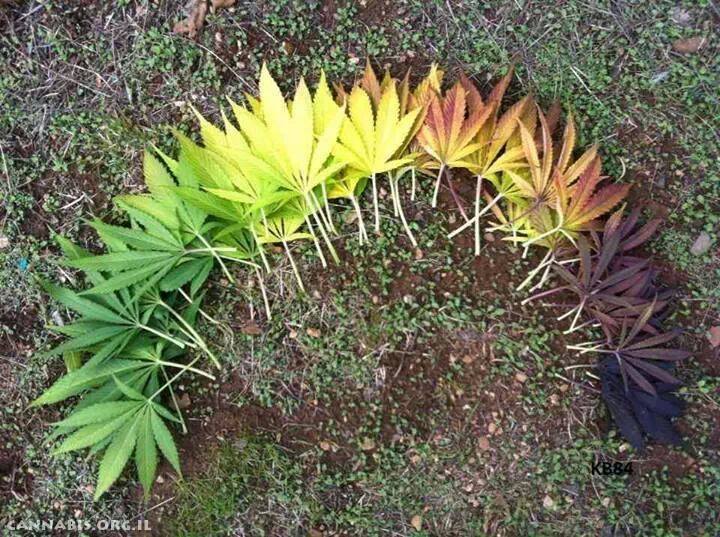 Investigators from Saint George’s, University of London assessed the anti-cancer potential of three non-psychoactive cannabinoids (cannabidiol, cannabigerol, and cannabigevarin) and their respective acids on two types of leukaemia cell lines. Authors reported that the administration of cannabinoids in concert with one another resulted in “in additive/mildly synergistic interaction.”

Bern, Switzerland: Minor marijuana possession offenses have been reclassified as fine-only offenses under a new Swiss law that went into effect.

Under the law, the possession of up to 10 grams of cannabis by those age 18 or older is punishable by a fine. Those cited for cannabis will no longer have to appear in criminal court.

Jerusalem, Israel: Legalizing the retail production and sale of cannabis would generate an estimated 1.6 sheckels (approximately $450 million) annually, according to an economic assessment published this month by the Jerusalem Institute for Market Studies (JIMS).

The cultivation and distribution of cannabis for therapeutic purposes in presently legal in Israel and is strongly supported by the public. By contrast, only 26 percent of Israeli’s endorse allowing cannabis for social purposes.

Gallup released new polling data today that shows an overwhelming majority of Americans want marijuana to be legalized. According to their survey, 58% of Americans support legalizing marijuana. This is up 10 points from the last time Gallup polled the question in 2012. For historical perspective, the first time they surveyed this question in 1969 a paltry 12% of Americans were in favor of legalization.

San Francisco, CA: Six out of ten likely California voters support making cannabis legal, according to survey datareleased by the Public Policy Institute of California. Sixty-eight percent of likely voters also believe that the US government should not enforce federal anti-marijuana laws in states that have approved the plant’s use. The percentages are the highest ever reported by the polling firm in favor of allowing adults to possess and consume cannabis socially.

The measure reclassifies varieties of cannabis containing minute (less than one percent) quantities of THC, the plant’s primary psychoactive compound, as a fiber crop and enacts provisions related to the regulation of the plant’s commercial production.

However, the measure stipulates that hemp cultivation shall not take place in California until such activity is also “authorized under federal law.”.

Federal law makes no legal distinction between industrial hemp and cannabis despite the fact that “hemp is genetically different [from marijuana] and distinguished by its use and chemical makeup.” Federal legislation, the Industrial Hemp Farming Act of 2013, to amend the Controlled Substances Act to exclude industrial hemp from the definition of marijuana is currently pending in the US Senate and in the US House of Representatives. Texas’ own Rep Stockman has signed on to this bill.

Earlier this year, lawmakers in Colorado and Vermont enacted laws permitting the statewide production of industrial hemp. Unlike California’s new law, neither Colorado nor Vermont require state-licensed farmers to also seek federal authorization before they can legally engage in hemp cultivation.

Washington, DC: The United States Supreme Court has declined to review a lower court ruling which upheld the federal government’s classification of cannabis as a Schedule I prohibited substance that lacks medical utility or adequate safety.

Petitioners had requested a hearing to determine whether existing science contradicts the federal categorization of cannabis as a Schedule I controlled substance that possesses “a high potential for abuse;” “no currently accepted medical use in treatment;” and “a lack of accepted safety for the use of the drug … under medical supervision.” The DC Court of Appeals affirmed the DEA’s position that insufficient clinical studies exist to warrant a judicial review of cannabis’ federally prohibited status. On Monday, the US Supreme Court denied an appeal to review that decision, rejecting petitioners’ argument that adequate peer-reviewed studies already exist to sufficiently contradict the plant’s placement in Schedule I – the same classification as heroin and PCP.

Several recently published studies and papers directly challenge the DEA’s position. For example, a 2012 review of FDA-approved clinical trials assessing the safety and therapeutic efficacy of cannabis, published in The Open Neurology Journal, concluded: “Based on evidence currently available the Schedule I classification [of marijuana] is not tenable; it is not accurate that cannabis has no medical value, or that information on safety is lacking.”

Washington, DC: The US Food and Drug Administration has approved two clinical trials to assess the efficacy ofcannabidiol (CBD), a nonpsychoactive plant cannabinoid, in the treatment of intractable pediatric epilepsy. The two approved trials will take place at New York Medical School and at the University of California at San Francisco, according to an online report in the journal O’Shaughnessy’s. The cannabidiol formulations in the trials will be provided by British biotechnology firm GW Pharmaceuticals, which produces organic cannabinoid extract medicines, including Sativex.

Cannabidiol has been documented to possess a variety of therapeutic properties in preclinical models, including anti-epileptic activity. Clinical trials have shown the oral administration of CBD to be “safe and well tolerated” in healthy subjects.

Alexandria, VA: The National Association of Specialty Pharmacy (NASP) has announced its intent to establish a task force to better educate pharmacists to the management of cannabis therapy.

“Medical marijuana has come to the forefront of patient care in many of the diseases that Specialty Pharmacists treat including Multiple Sclerosis, Cancer, HIV and others,” the association stated in a press release. “More education for physicians, pharmacists and patients is needed to ensure individuals receive the correct product with the correct efficacy and drug delivery system to fit their disease. As an organization, NASP believes that it has the responsibility, intellectual advisors and obligation to take the lead on this emerging area of medical care.”

According to the NASP website, the association – founded in 2012 – “represents specialty pharmacy professionals in all practice settings and highlights the unique value its members bring to patients and the healthcare system by focusing on building collaboration among all industry associations to improve patient outcomes.”

Austin, TX: Nearly six out of ten Texas voters support legalizing marijuana and regulating its production and sale in a manner similar to alcohol, according to survey data released this week by Public Policy Polling and commissioned by the Marijuana Policy Project.

In response to separate polling questions, 61 percent of Texas voters said that they supported decriminalizing minor pot possession offenses by replacing existing criminal penalties with civil fines only. Fifty-eight percent of those surveyed also expressed support for allowing the physician-recommended use of medical cannabis.

This past spring, state lawmakers rejected a pair of bills which sought to lessen minor marijuana possession penalties and allow for certain patients to present an affirmative defense of medical marijuana necessity at trial.

In 2004, 76% of Texans supported Medical Cannabis. We think the time for change is now! Help us make it happen by donating to our Lobby Campaign.

Portland, Maine: Portland became the first city on the East Coast to legalize marijuana. Voters approved Question 1 by a margin of 67-33, removing all penalties for possession of up to 2.5 ounces of marijuana by adults 21 and older.

Colorado: Voters approved a statewide ballot measure 65-35 to establish taxes on legal marijuana sales. Proposition AA was referred to the ballot by the General Assembly in accordance with the historic legalization initiative approved by Colorado voters exactly one year ago today.

Michigan: Voters in three cities adopted initiatives to remove local penalties for adult marijuana possession. In the state capital, Lansing, about 62% of voters cast their ballots in support of ending marijuana prohibition. The measures in Jackson and Ferndale also won by sizeable margins.

Now for a few more events that Texas NORML has coming up:

Race for the Cure – Sun, 11/10 – 7am – 16th Street and Congress, Austin. Texas NORML’s athletic group, Team Hope through Cannabis (THC), will once again participate in the Austin Komen Race for the Cure event. This race is a Texas NORML and THC tradition! Wear your THC or Texas NORML shirts! Purchase here.

Stop Child Parent Separations (Stop CPS) Candlelight Vigil – FREE – Tues, 11/12 – 5pm – 1100 Congress Ave., Austin. Texas NORML, the NORML Women’s Alliance, Moms for Marijuana International’s Chapters are coordinating an International Call to Action in support of Cannabis consuming parents and to start challenging CPS Marijuana policies nationwide! We will meet on the Southwest lawn in front of the statue of the cowboy on horseback. Jim Black, a former CPS Investigator and Founder of Angel Eyes over Texas will be speaking about his experiences as an investigator and child advocate.

Texas NORML’s Strategy Meeting – FREE -Wed, 11/20 – 6:30-8pm –Blue Corn Harvest Bar and Grill, 700 E Whitestone BLVD. #204, Cedar Park. Are you interested in meeting with Texas NORML representatives and other supporters to have a group discussion and make plans for how we can and WILL change laws in Texas?

Family Picnic and Tour of the Capitol – FREE – Sat, 11/23 – Noon-3pm – 1100 Congress Ave., Austin. Texas NORML and the NORML Women’s Alliance invite you to join us for a picnic on the Southwest Capitol lawn (near the bronze statue of the cowboy on a horse). We will have some discussion of changing laws in Texas, listen to some music and have some lunch before getting familiar with navigating our way inside the Capitol.

P.A.C.T Empowerment Meeting – Thurs, 12/12 – 4-7pm – Genuine Joe’s Coffee, 2001 W. Anderson Ln., Austin. Are you a Cannabis Patient looking for a safe place to interact with other patients and learn the skills you will need for bringing Medical Cannabis to Texas? Come to the first ever meeting!

Texas NORML Open Monthly Meeting – FREE – Wed, 12/4 – 8pm – Flamingo Cantina, 515 East 6th Street, Austin. We will be discussing what has been going on in Cannabis News around the nation. ASL interpreters will be provided.

September Meeting: Get to Know the Board