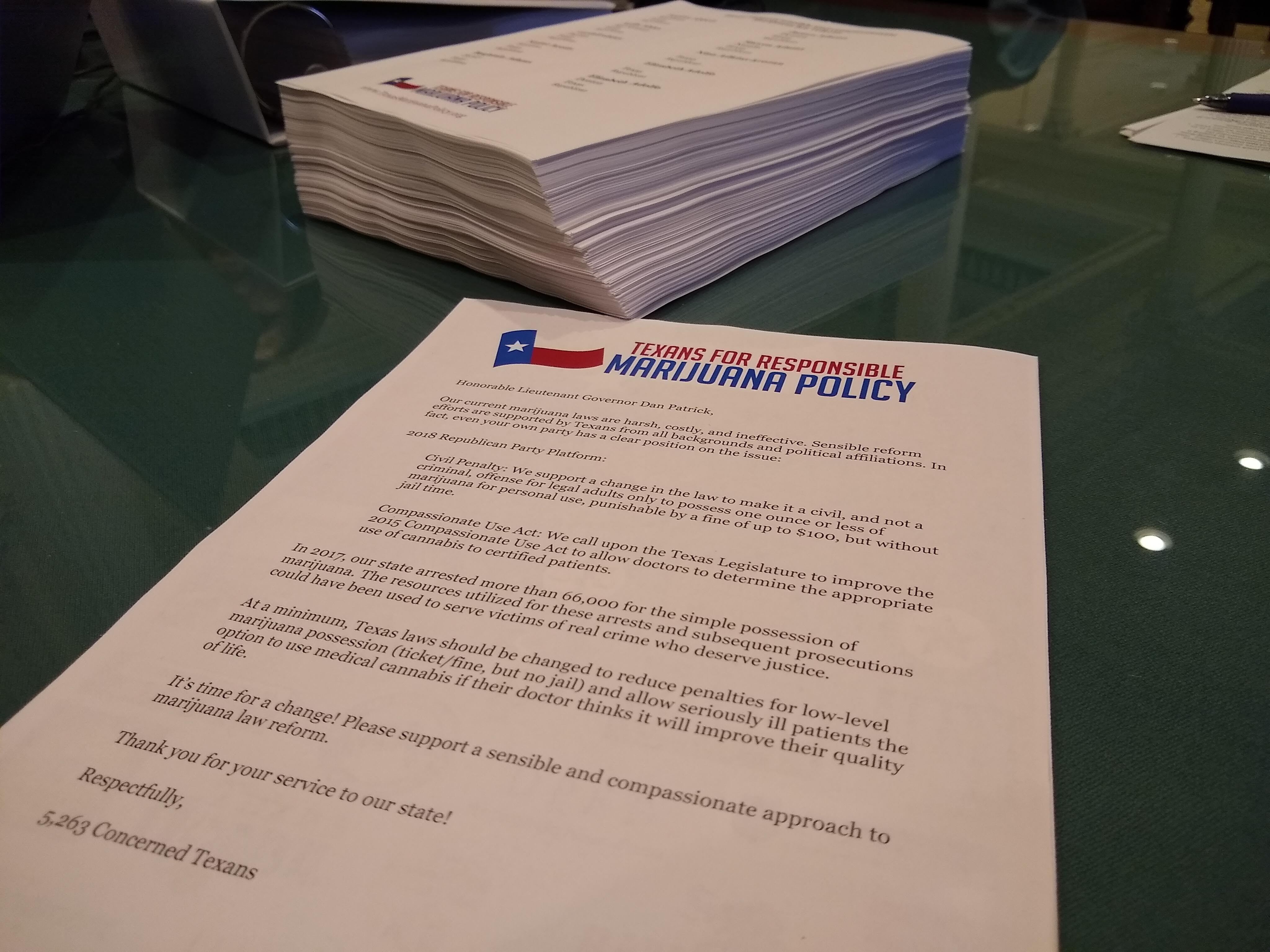 We Delivered Your Signatures to the Lt Gov!

Last week, a spokesperson for Lieutenant Governor Dan Patrick told the Texas Tribune that he is “strongly opposed to weakening any laws against marijuana [and] remains wary of the various medicinal use proposals that could become a vehicle for expanding access to this drug.” This afternoon at the Capitol, in a meeting with his staff, we hand delivered over 5,000 signatures from Texans requesting he reconsider his stance. 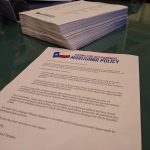 Please support our work at the Capitol​!

Now more than ever we must be unified behind this important issues.

Lt. Gov. Dan Patrick is out of step with Texans on this important issue, including his own political party! The vast majority (80%+) of Texas voters support some kind of marijuana law reform this session and at their state convention last year, delegates to the GOP state convention adopted official positions supporting a civil penalty and letting doctors decide about medical cannabis.

Recently, the Texas Police Chiefs Association (TPCA) held a press conference about marijuana at the Texas State Capitol. Chief Steve Dye recommended, “Do not expand the use of medical marijuana unless validated, peer reviewed medical research shows a proven medical benefit and that it can be prescribed by a medical profession for a condition that cannot be treated with an existing legal medication,” on behalf of TPCA.

Please support our efforts at the Capitol​!

This one the heels of the Texas Medical Association putting out several recommendations on medical cannabis​ including, “Remove current restrictions in state law that allow physicians to recommend cannabidiol (CBD) only for specific diseases. Given physicians’ first duty to “do no harm,” physicians need to be able to assess their patients’ conditions, the available treatments, and to discuss and make appropriate and evidence-based recommendations.”

There’s a lot of work to do and we need all hands on deck to ensure success by the end of May! Here are a few things you can do today:

Thank you for helping this important legislation gain more support.